“What do penicillin, aspirin and ivermectin have in common? All belong to a very select group of drugs that can claim to have had the greatest beneficial impact on the health and well-being of humanity. They have at least two other things in common: all three were found in nature and all three led to a Nobel prize. Aspirin is derived from salicin, a compound found in a variety of plants such as willow trees. Its use was first mentioned by Hippocrates in 400 BC, but was isolated only in 1829 as salicylic acid and synthesised some years later as acetylsalicylic acid.

The discovery of the mechanisms underlying aspirin’s effects gave Sir John Vane the Nobel prize in 1982. Penicillin was isolated from mold that grew by accident on a Petri dish in Alexander Fleming’s laboratory. Its discovery changed the course of medicine, and earned Fleming the Nobel prize in 1945, which he shared with Howard Florey and Ernst Chain. And this brings us to ivermectin- not likely a drug you will have in your first-aid kit, like aspirin or penicillin, but definitely a drug that has improved the lives of millions of people since its discovery in 1975. 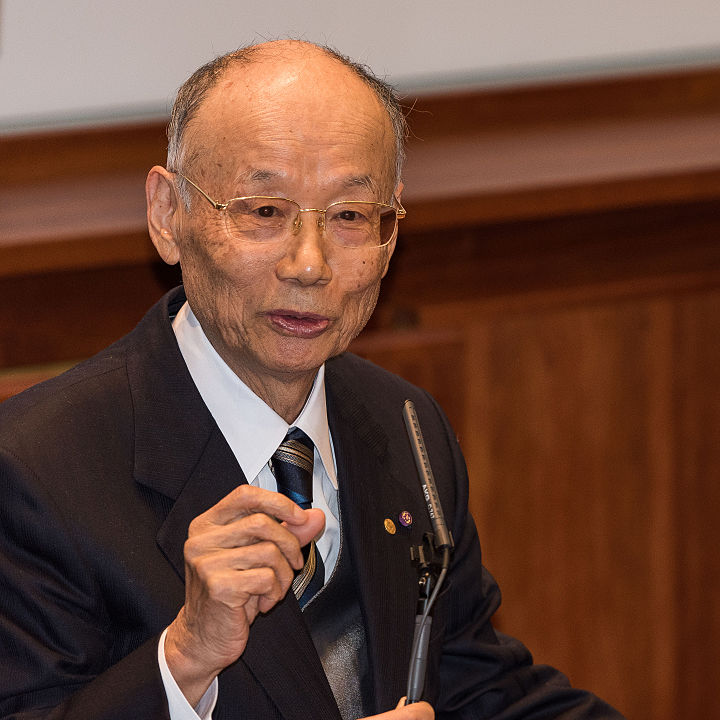 The story of how ivermectin was discovered is quite incredible. In the late 1960s, Satoshi Ōmura, a microbiologist at Tokyo’s Kitasako Institute, was hunting for new antibacterial compounds and started to collect thousands of soil samples from around Japan. He cultured bacteria from the samples, screened the cultures for medicinal potential, and sent them 10,000 km away to Merck Research Labs in New Jersey, where his collaborator, William Campbell, tested their effect against parasitic worms affecting livestock and other animals.

One culture, derived from a soil sample collected near a golf course southwest of Tokyo, was remarkably effective against worms. The bacterium in the culture was a new species, and was baptised Streptomyces avermitilis. The active component, named avermectin, was chemically modified to increase its activity and its safety. The new compound, called ivermectin, was commercialised as a product for animal health in 1981 and soon became a top-selling veterinary drug in the world. Remarkably, despite decades of searching, S. avermictilis remains the only source of avermectin ever found.

Campbell urged his colleagues to study ivermectin as a potential treatment for onchocerciasis (also known as river blindness), a devastating disease caused by worms and transmitted by flies, that left millions of people blind, mostly in sub-Saharan Africa. The first clinical trials in Senegal showed that the treatment worked, and ivermectin was approved for human use in 1987. Since then, more than 3.7 billion doses (donated by Merck laboratories) have been distributed globally in mass drug administration campaigns against onchocerciasis and lymphatic filariasis (another disease caused by worms, which causes severe swelling of limbs).

The impact of ivermectin in decreasing the burden of these devastating diseases is immeasurable. Deservedly, Ōmura and Campbell won the Nobel prize for physiology and medicine in 2015 “for their discoveries concerning a novel therapy against infections caused by roundworm parasites” (they shared it with Tu Youyou, who discovered the antimalarial drug artemisinin). But ivermectin’s story of success does not end here. Ivermectin, in fact, was the world’s first “endectocide” – a drug with activity against a wide variety of internal and external parasites, from nematodes to arthropods. It has also proved to be astonishingly safe for humans.

This is because the drug acts by binding to special channels on the cell membrane (called glutamate-gated ion channels) that play a fundamental role in nematodes and insects. In mammals, however, the drug has no effect since the neurons expressing these channels are protected by the blood brain barrier. In addition to its high safety profile, no convincing evidence of drug resistance has been found to date among Onchocerca worms, despite 30 years of continued use and billions of doses administered. All this explains why ivermectin is becoming increasingly attractive to treat other diseases in humans.

For example, long-term treatment with ivermectin to control onchocerciasis was shown to reduce the prevalence of other parasitic worms called soil-transmitted helminths, which infect up to one fifth of the world’s population and are a major cause of malnutrition and growth impairment in children. Furthermore, ivermectin is very effective against Strongyloides, a roundworm that infects up to 35 million people every year. This has motivated studies – such as the STOP project led by ISGlobal – to test the efficacy of adding ivermectin to the current recommended treatment against these intestinal worms.

Ivermectin has also proved to be effective against external parasites such as head lice and the tiny Sarcoptes mite, which causes scabies (an itchy skin condition, of which there are 300 million cases every year). But that is not all. The observation that mosquitoes feeding on individuals treated with ivermectin have a shorter lifespan, inspired the innovative idea of using the drug as a weapon against malaria-transmitting mosquitoes. The BOHEMIA project, also led by ISGlobal, will test the impact of giving ivermectin to entire communities, and their livestock, on mosquito populations and malaria prevalence in two highly endemic areas for the disease.

Because of its impact, safety and versatility, ivermectin has earned the title of ‘wonder drug’ among public health specialists. Treating entire communities with the drug could represent a safe and effective means of ‘hitting several birds with one stone’; in other words, reducing the prevalence of several disabling parasitic diseases and improving overall community health in the developing world.”