“Scientists say Colombia must cull its so-called “cocaine hippos” that roam the Magdalena river basin as they are breeding voraciously and are an increasing menace. The marshlands of Colombia have been home to these giant mammals since they were illegally imported in the late 1980s by the notorious drug lord, Pablo Escobar.

When he was shot dead in 1993, the Colombian government took control of his extravagant estate,including his personal zoo. Most of the animals were shipped away, but four hippos were left to fend for themselves in a pond, and now there are dozens of them living in the wild. Although nobody knows exactly how many there are, estimates put the total number between 80 and 100, making them the largest invasive species on the planet. Scientists forecast that the number of hippos will swell to almost 1,500 by 2040. 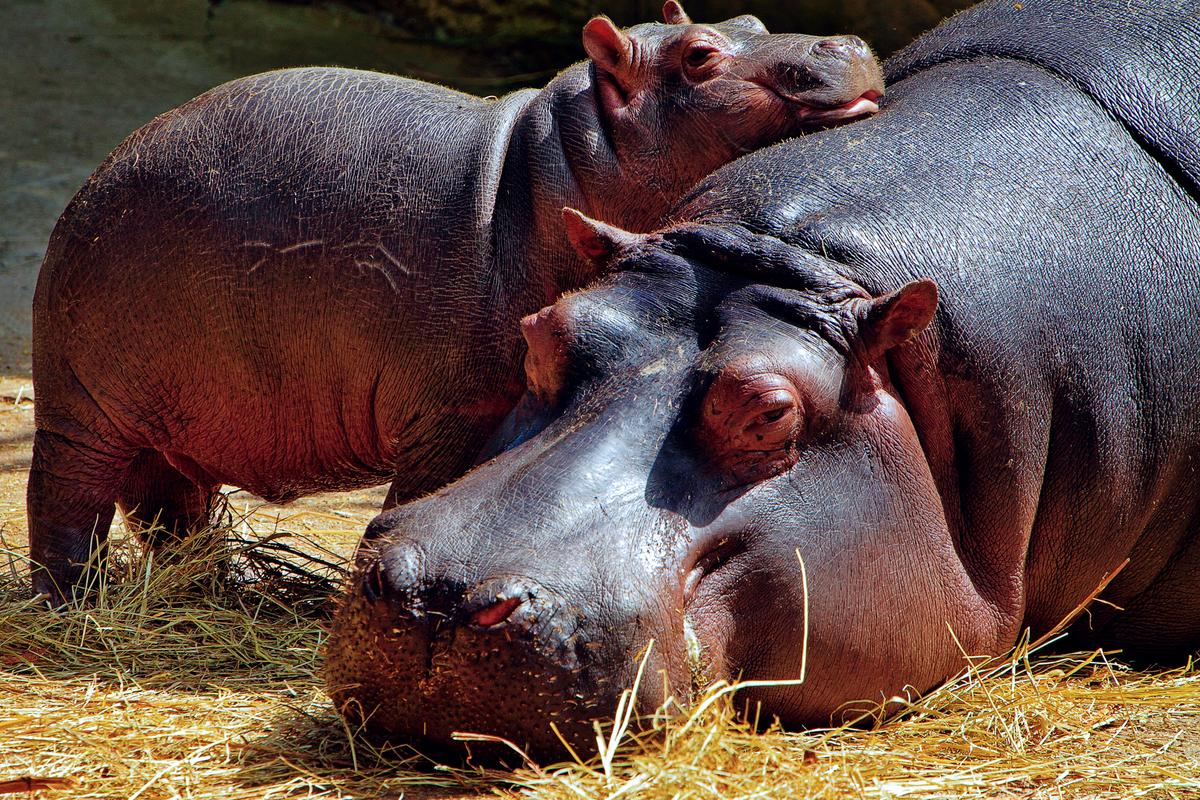 They conclude, that at that point, environmental impacts will be irreversible and numbers impossible to control. “Nobody likes the idea of shooting a hippo, but we have to accept that no other strategy is going to work,” ecologist Nataly Castelblanco-Martínez told The Telegraph. In their natural African habitat, hippos spend the long dry season competing for access to rivers that have shrunk to puddles. They are also vulnerable to disease and predators. In contrast, scientists say Colombia is a hippo paradise.

It rains regularly and there are no problems with food or predators. Researchers believe this optimal environment could have made the hippos more fertile. Locals see the hippos as an unofficial mascot. Gift shops in the town of Puerto Triunfo sell hippo keychains and T-shirts. At the amusement park that was built on the site of Escobar’s former mansion, visitors can visit the lake where several dozen hippos now live. But for researchers, these creatures pose an ecological menace, competing with native wildlife and polluting local waterways.

The hippos’ urine and faeces are toxic and the animals also carry a range of dangerous bacteria, which can pose a problem for other species and ultimately humans too. In Africa, hippos are considered a major threat to the livelihood and security of rural communities. Hippos kill more people annually than any other African mammal. In Colombia, there are several local anecdotes of hippos chasing people after unexpected encounters. Last year, a Colombian cattle farmer was caught unawares while collecting water. The hippo bit his leg and threw him into the air, breaking his leg, hip and several ribs.

Environmentalists have been trying to sterilise the hippos for years, but it requires much time and effort, and there are few resources available. It can take three months to track an individual animal and the procedure is not easy. Male hippos have retractable testes and females’ reproductive organs are even harder to find, according to scientists. “We didn’t understand the female anatomy,” said David Echeverri Lopez, a government environmentalist. “We tried to sterilise females on several occasions and were always unsuccessful.” He is also playing an impossible game of catch-up. Mr Echeverri told The Telegraph that he is able to castrate roughly a hippo per year, whereas scientists estimate that the population grows by 10 percent annually.

There was public outcry when a hippo was killed in 2009 after it had been terrorising local farmers, but scientists say animal rights campaigners are not considering the whole picture. “Relocation might have been possible 30 years ago, when there were only four hippos,” said Dr Castelblanco-Martínez. “Castration could also have been effective if officials had provided sufficient resources for the programme early on, but a cull is now the only option.” Mr Echeverri does not agree. “There has to be another solution. These hippos have become part of the local identity,” he said. “But time is running out.”

“When cocaine kingpin Pablo Escobar was shot dead in 1993, the four hippos he brought to his private zoo in Colombia were left behind in a pond on his ranch. Since then, their numbers have grown to an estimated 80-100, and the giant herbivores have made their way into the country’s rivers. Scientists and the public alike have viewed Escobar’s hippos as invasive pests that by no rights should run wild on the South American continent.

A new study published in Proceedings of the National Academy of Sciences by an international group of researchers challenges this view. Through a worldwide analysis comparing the ecological traits of introduced herbivores like Escobar’s hippos to those of the past, they reveal that such introductions restore many important traits that have been lost for thousands of years.

While human impacts have caused the extinction of several large mammals over the last 100,000 years, humans have since introduced numerous species, inadvertently rewilding many parts of the world such as South America, where giant llamas once roamed, and North America, where the flat-headed peccary could once be found from New York to California.

“While we found that some introduced herbivores are perfect ecological matches for extinct ones, in other cases the introduced species represents a mix of traits seen in extinct species,” says study co-author John Rowan, Darwin Fellow in organismic and evolutionary biology at the University of Massachusetts Amherst. “For example, the feral hippos in South America are similar in diet and body size to extinct giant llamas, while a bizarre type of extinct mammal – a notoungulate – shares with hippos their large size and semiaquatic habitats. So, while hippos don’t perfectly replace any one extinct species, they restore parts of important ecologies across several species.

Even recently, rhino-sized wombat-relatives called diprotodons, tank-like armored glyptodons and two-story tall sloths ruled the world. These giant herbivores began their evolutionary rise not long after the demise of the dinosaurs, but were abruptly driven extinct beginning around 100,000 years ago, most likely due to hunting and other pressures from our Late Pleistocene ancestors.

The researchers found that by introducing species across the world, humans restored lost ecological traits to many ecosystems; making the world more similar to the pre-extinction Late Pleistocene and counteracting a legacy of extinctions. Erick Lundgren, lead author and Ph.D. student at the UTS Centre for Compassionate Conservation (CfCC), says the possibility that introduced herbivores might restore lost ecological functions had been suggested but not “rigorously evaluated.”

To this end, the authors compared key ecological traits of herbivore species from before the Late Pleistocene extinctions to the present day, such as body size, diet and habitat. “This allowed us to compare species that are not necessarily closely related to each other, but are similar in terms of how they affect ecosystems,” Lundgren said. “By doing this, we could quantify the extent to which introduced species make the world more similar or dissimilar to the pre-extinction past. Amazingly they make the world more similar.” This is largely because 64% of introduced herbivores are more similar to extinct species than to local native species.

These introduced ‘surrogates’ for extinct species include evolutionary close species in some places, like mustangs (wild horses) in North America, where pre-domestic horses of the same species lived but were driven extinct. “Many people are concerned about feral horses and donkeys in the American southwest, because they aren’t known from the continent in historic times,” Rowan says. “But this view overlooks the fact that horses had been present in North America for over 50 million years – all major milestones of their evolution, including their origin, takes place here. They only disappeared a few thousand years ago because of humans, meaning the North American ecosystems they have since been reintroduced to had coevolved with horses for millions of years.”

“We usually think of nature as defined by the short period of time for which we have recorded history but this is already long after strong and pervasive human influences,” said senior author Arian Wallach from UTS CfCC. “Broadening our perspective to include the more evolutionarily relevant past lets us ask more nuanced questions about introduced species and how they affect the world.”

When looking beyond the past few hundred years – to a time before widespread human caused pre-historic extinctions – introduced herbivores make the world more similar to the pre-extinction past, bringing with them broader biodiversity benefits, the authors conclude. The full study, “Introduced herbivores restore Late Pleistocene ecological functions,” is available online at PNAS.org.”